Celebrating cultural diversity, travel Big Bike Tours highlights some of the lesser-known communities around the world and what makes them so fascinating.

The Tai Dam (or Black Tai) originates from the southern regions of China. The word ‘dam’ (meaning black) refers to the traditional black-colored skirt and headdress worn by Tai Dam women.

When their homeland in China was destroyed by Kublai Khan’s army during the Mongol invasion around 1250 BC, many Tai  Dam people migrated to Thailand, Vietnam, and Laos. Today, the Tai Dam in Thailand mainly resides in the northern mountainous regions of Chiang Khan in Loei province. Tai Dam houses are built on stilts and a Tai Dam village, called baan, usually comprises 40 to 50 stilt houses. Agriculture is the Tai Dam’s primary livelihood. They mainly cultivate rice on the hillside terraces where they live, and also grow secondary crops like corn and cotton. 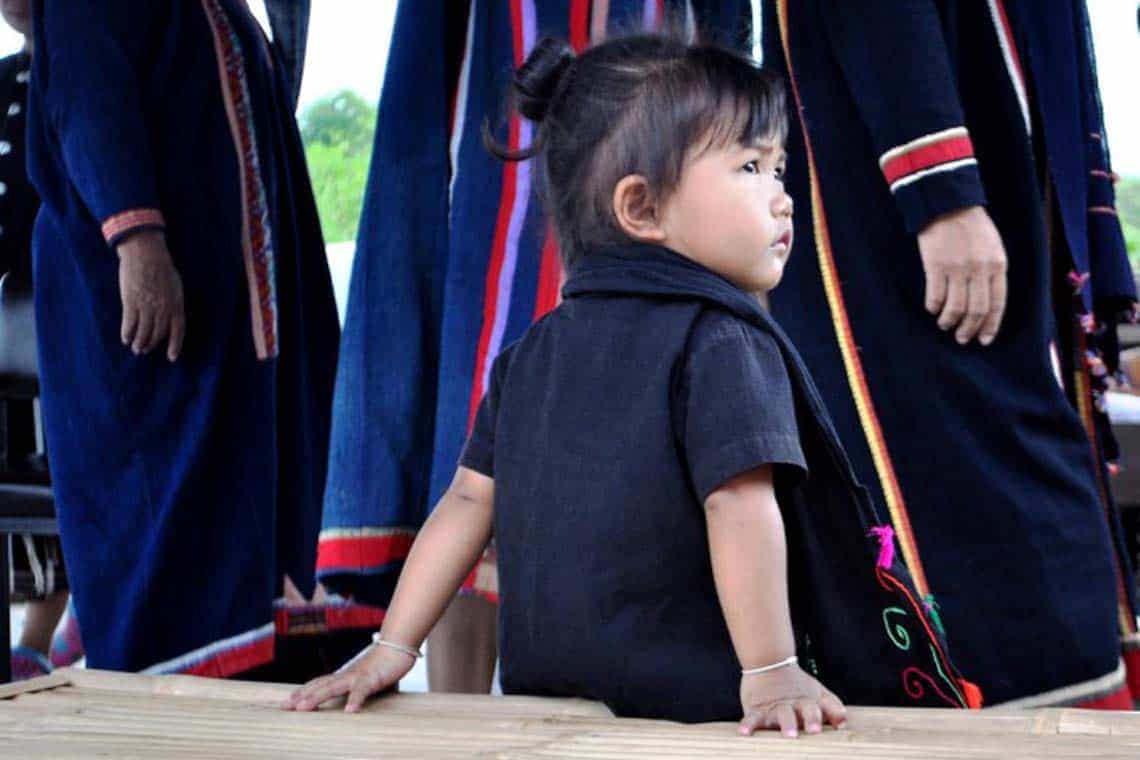 CULTURE & CUSTOMS
Tai Dam people pride themselves on being pleasant, courteous, and hospitable. Their social structure consists of three levels ­ the village (baan), the commune (made up of a few villages), and muang (akin to a district, it encompasses a few communes). While each village has its own headman and the commune is headed by a member of the nobility, the muang has a hereditary ruler called chao muang, who is considered a ‘prince’.

The Tai Dam family unit is a close-knit one, and it is common for newlyweds to live with the wife’s family until they are able to establish a home of their own. Although the Tai Dam is a patriarchal society, there is no division of labor between men and women; both share a household, child­rearing, and farming responsibilities.

BELIEFS & SPIRITUALITY
A majority of Tai Dam people are Buddhists, although animism and ancestral worship are still prevalent in their spiritual practices. The Tai Dam believes in different types of spirits (collectively called phi) and takes great care in appeasing the phi to avoid being cursed.

CELEBRATIONS & CEREMONIES
The Tai Dam’s main festivals are the ancestral worship celebrations observed during the seventh and eighth months of their lunar calendar. Believing that the spirits of their ancestors reside in their homes, the Tai Dam pays homage to their

ancestors during this time to gain their blessings. These ceremonies are especially important when there is an illness or misfortune suffered by family members. Harvest celebrations are also a highlight in Tai Dam villages, where the special fon kaan dance, which features diverse rhythms and melodies, is performed 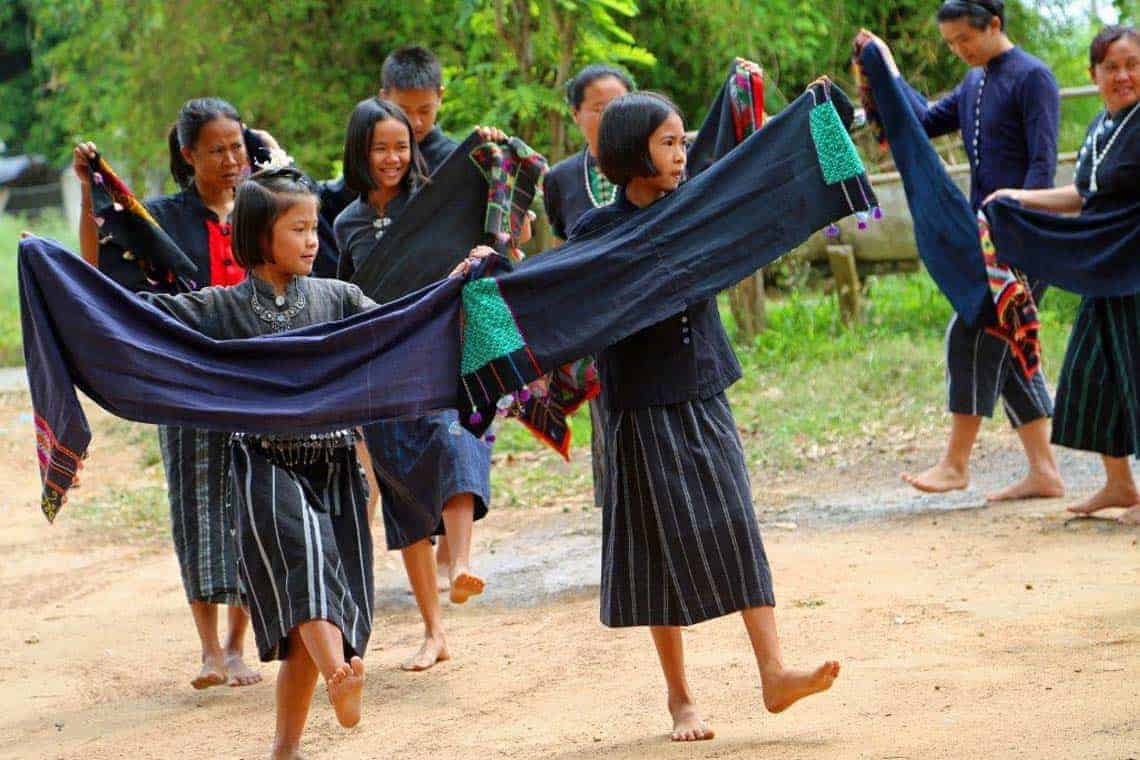 TRADITIONAL FARE
Glutinous or sticky rice is the traditional staple of the Tai Dam and is usually eaten accompanied by dishes such as roasted, fried, or poached chicken or salted fish, as well as a condiment made from ground chili, mint, coriander, and onions.

TRADITIONAL ATTIRE
As their name suggests, black is the primary color of this ethnic community. Tai Dam women traditionally wear a short blouse with a black skirt and black headdress. Their defining accessory is a bright green silk band that is worn as a belt. The traditional attire for Tai Dam men is more casual, and they can mostly be seen in a shirt with pockets, and shorts.

LANGUAGE
The Tai Dam language belongs to a larger cultural-linguistic group known as Tai and has its own distinct script. Most of the younger Tai Dam generation can no longer read or write the Tai Dam script, although the language is still widely spoken.

DID YOU KNOW?
Skilled weavers, Tai Dam women earn a subsidiary income from selling their exquisitely woven cotton and silk fabrics at the marketplace in nearby towns.

Pregnant Tai Dam women are not allowed to attend funerals, as it is believed that the unborn child can be adversely affected by spirits.

A Tai Dam home is usually made from bamboo and has a distinct tortoise shell-shaped roof. 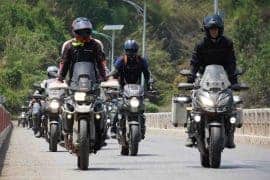 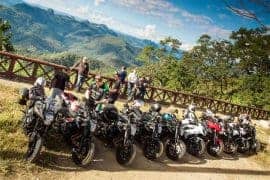 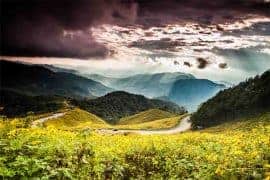 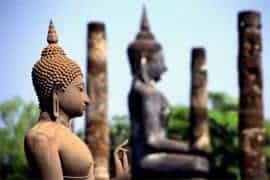 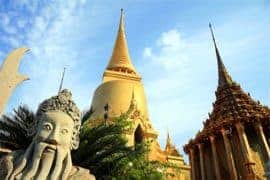 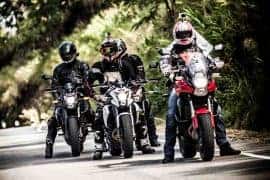 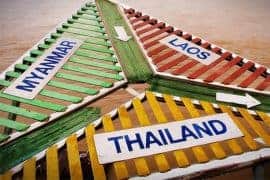